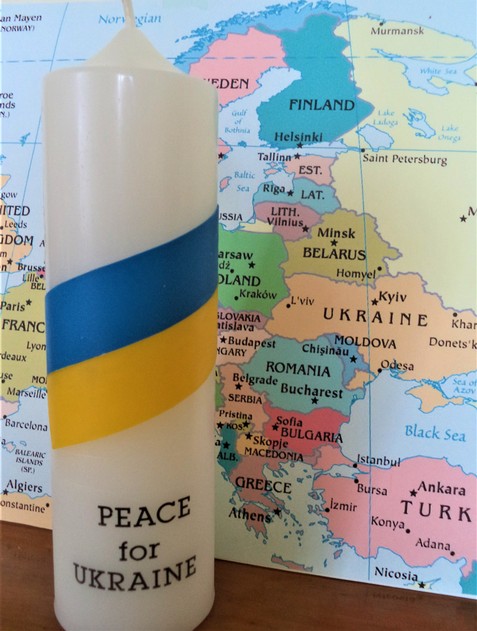 Reflections (Other)
We often hear the phrase ‘the war is being fought on two fronts.’ This is as true for the war in the Ukraine as it is for any previous war. But there is also a deeper sense in which this war is being fought on two fronts. There is a battle going on between light and darkness, between good and evil, between grace and sin. It has never been put any better than it was by St. James over 2000 years ago. “Where do all these battles between your selves begin? Is it not in your own hearts? Is it not your passions that are at war in your members?
Dominican Nuns Ireland | 13/3/2022
Read all
Recent Posts
Categories
Clouds
Lectio Icon Trinity Candles Life Easter Raffle Dominican Oliver Lent Zoom News Fundraising Painting St Christmas Advent Mercy Adoration Holy Eucharist Dominic Prayer Retreat Week Peace Jubilee Advent; Rosary Light Christ Divina Eucharistic Mary Catherine Lord Cross Virtue Transfiguration Vocation Truth
Monthly Posts
Back to content