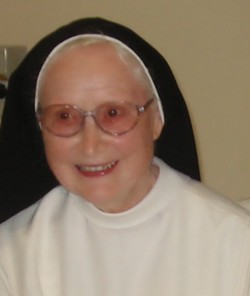 God speaks in many and varied ways. I knew at the age of 12 or 13 that someday, sometime I would be a nun and give my life to Him. It was 6 years later that I thought about it again. What congregation would I enter? My aunt was a Blue Sister (The little company of Mary), my cousin, a Daughter of Charity.  It was the latter that attracted me, I was fond of children and the sisters had orphanages.
The Lord stepped in! In our 5th year of secondary school (Loreto Convent, Colerain) the seniors had a retreat directed by a Jesuit priest. He encouraged us to spend a quarter of an hour each day before the Blessed Sacrament, not reading books or long prayers, just resting in His presence. That was where my contemplative vocation was born. Prayer became a way of life for me. The only contemplative order I heard of was the Carmelites through the Little Flowers Story of a Soul. I thought seriously of joining them. The Lord in His love stepped in again. I was advised to wait a year or two and take up a career. I chose a housewives course with the thought of further studies in Domestic Economy. But that was not to be. I ended up studying in Sion Hill in Dublin with the Dominicans, in the Froebel Collage. One of the sisters there noticed my devotion to prayer and pointed me to the Dominicans Cloistered life in Drogheda, where there was Exposition of the Blessed Sacrament daily. So, after one year at Froebel, I abandoned it and listened to my heart once again.  Here I have been for the last 68 years! 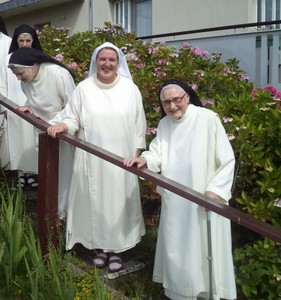 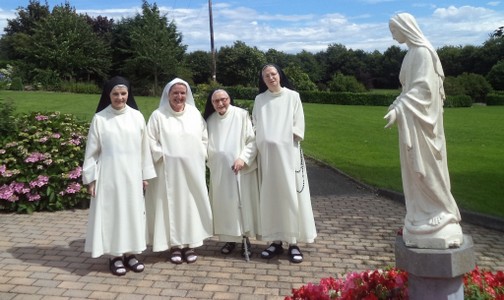 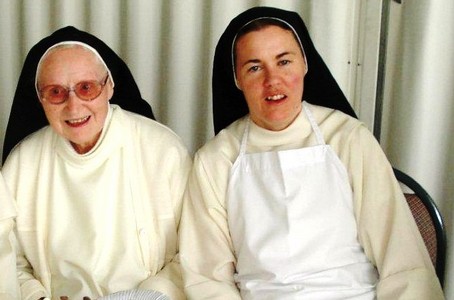