Go to content
Dominican Nuns Ireland
Published by Dominican Nuns Ireland in Reflections (Dominican) · 4 August 2020
Tags: St, Dominic, Cross
Dialogue of night and day
When my youngest niece saw me
for first time in our Dominican habit ,
she stared at me and asked...
Do you always have dreams in white and black? Do We?
I love this question, children always look more deeply than we do.
As a young Dominican nun I was attracted neither to white or black, but what lies between these two opposite poles.
In art we have lots of colours between white and black,between light and shadow.
But in our Spiritual life it is a unity that inspired and amazed me. 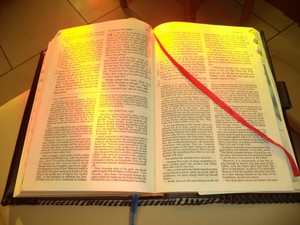 As Brother Elie-Pascal Epinoux OP put it in a homily:
‘Dominic is a man in black and white:
black like the middle of the night, white like broad day.
Dominic, a man of night and day.
Of night: solitude, compassion, tears.
Of day: the multitude, the joy, the smile.
And Jordan of Saxony writes, “he consecrated the night to God and the day to his neighbour”.
The night to God? Yes, but for men: to pray for them, to cry out for them, to weep for them, bringing all their misery to the Mercy of the Crucified God.
The day to his neighbour? Certainly, but for God: to proclaim Him, to praise Him, to witness to Him, bringing His Mercy to all the misery of sinful men.
What an admirable dialogue of night and day for Dominic, fulfilling the single and double commandment of love of the Lord, which is all the Law and the Prophets! What an admirable dialogue of night and day for Dominic, where we see the mystery that unified his life, the heart of his being, emerge: the encounter, the union of the Mercy of God and the misery of men—a union that breaks out upon the Cross of Jesus. 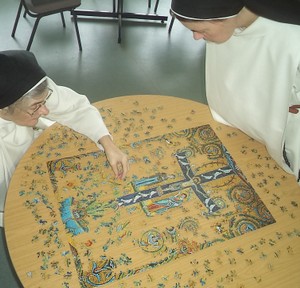 Cross manifesting fully the Truth of God revealing Himself and giving Himself to be known.
Cross unfolding infinitely the Love of God the  Saviour making everything new and recreating man in His image and likeness.
Love and Truth announced ceaselessly through all the media to all men: this is what Dominic passed onto his brothers, the purpose of his order’.